Wired vs. wireless trackball: which one to choose and why 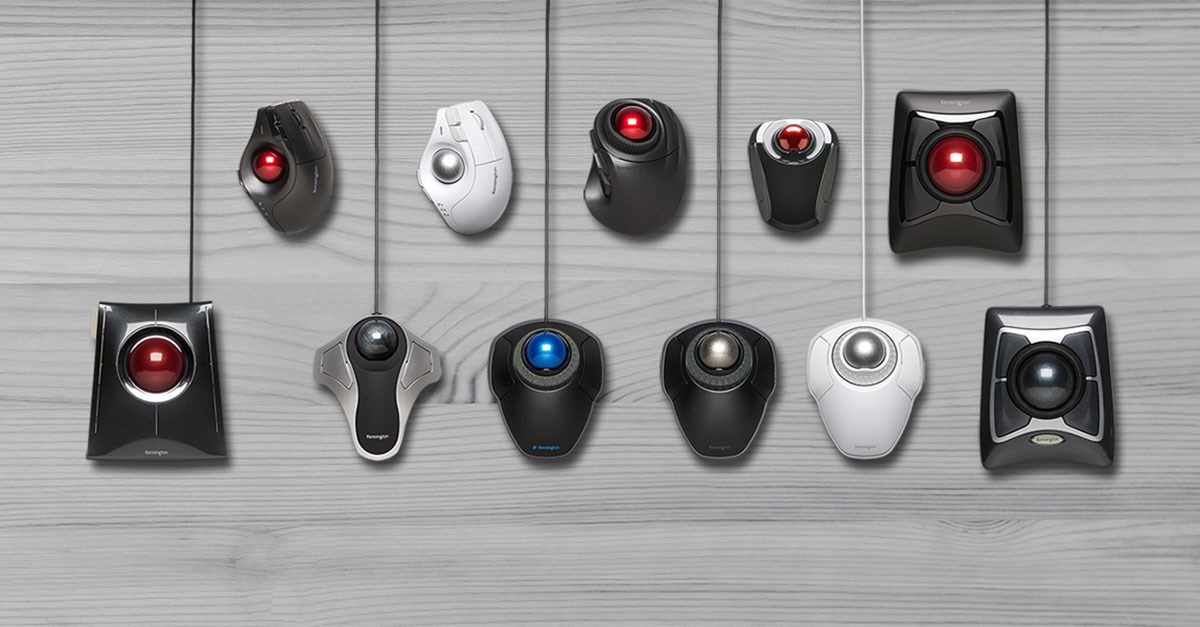 At first glance, it might seem like the main difference between one and the other is the presence or lack of wires. And, even though some people might reduce this comparison to just that, there are so many more things to take into consideration when it comes to weighing up both types of trackballs.

Just to make it clear before we dive in, neither is better or worse than the other. Both types of trackballs are good options, but we shall realize that, in the end, the final and right choice will rely on the set of needs the buyer has when it comes to these devices.

One may think that wireless trackballs are more expensive than wired ones because of the technical differences between the two of them — as one can be considered more advanced than the other. And even though that might be the case for some models, the relation is not as straightforward as it may seem.

This way, it is clear that if you do not have a big budget, Orbit Optical Trackball is the right option as it costs the least money out of both wired and wireless trackballs available.

But, if you are planning on spending a little bit more money, then the decision will have to rely on other features listed below as there are good options for both types of trackballs at the same price — Expert Mouse Wireless Trackball and SlimBlade Trackball.

Some people might lose sight of the costs one has to pay after buying a device to keep it running. This way, like other plug accessories, trackballs have maintenance costs that are important to take into consideration.

While wired trackballs have a great advantage here — as they have little to no maintenance needs — for some people, wireless trackballs can represent a problem, as they will mostly depend on batteries to function. This leads to a long-run expense that, after a while, can add up to significant amounts of money.

There is also an environmental worry when it comes to the constant use of batteries, as they are not easily recyclable.

There is a strong belief among the tech-savvy community, that some wireless devices are not as responsive as wired ones.

And even though the responsiveness — or polling rate — differences between the two types of devices might be barely noticeable daily, this is an important feature to take into consideration when it comes to comparing wired and wireless trackballs.

For wired trackballs, the response time is shorter, almost immediate. Whereas wireless trackballs tend to vary their response time depending on the model and the technology of connection it features.

Some gamers or designers claim that these small fractions of seconds make a difference when you are using the device in apps like Procreate, Illustrator, Photoshop, or in some video games. It is also important to mention that there might be some latency issues when the battery is about to run out. This often introduces a temporary drift and lag until batteries are replaced.

Basically, in a professional aspect, the faster the trackball sends information to the computer, the better. This will be mostly defined by the type of connection.

Is a wired trackball better for gaming?

Short answer: yes, it is. The explanation behind that has a lot to do with device responsiveness and latency.

Usually, for gaming, it is well recommended to use wired trackballs or mice as they do not have issues when it comes to the polling rates that, as mentioned before, are usually higher in wireless trackballs.

This becomes especially important during gaming, as some games might require an immediate response on the player’s behalf. And what is more annoying than losing a game due to lag or device faults?

The SlimBlade Trackball happens to be a great example of the best wired gaming trackball as it features wired connectivity that provides reliability, as well as a laser technology that delivers the precision needed in gaming.

When it comes to the presence of cables, it is noticeable that they can sometimes be… messy.

Given the fact that a full desktop setup will include more devices such as monitors, keyboards, and speakers or headphones; a wired trackball might add up to the messiness that a bunch of cables laying around can create. Meanwhile, wireless trackballs might help you tidy up the looks of your desk or workstation.

So, if you consider yourself an organized person, then you should not have issues organizing a few cables. But if you rather have an effortless clean look on your desktop, then the wireless trackball is the right option here.

There are only so many ports

Following the previous idea, we also must take into consideration that cables have to connect somewhere. And if you already have some wired devices around your desktop, there might not be enough ports in your computer or laptop to connect them all.

Of course, wireless trackballs sit ahead here, even when you have the option to connect them through USB nano receivers in some models, their Bluetooth connection requires nothing but proximity, which is easily achievable. However, wired trackballs may come with an extra expense in the form of docks or USB Hubs, in order to have enough ports to connect all your devices.

his surely has a lot to do with the buyer’s needs, personal preferences, and workflow. Wireless trackballs are trouble-free when it comes to moving them around, compared to their wired counterparts.

Thus, if your goal is to have a flexible setup, made up of your laptop and a few other accessories, then the wireless option will suit your needs the best. This way you will be able to take your setup anywhere with you.

But, if on the other hand, you aim for a fixed setup with monitors and big keyboards, then both options can be good for you, as you surely will not mind a wired trackball that is a little bit more impractical to move around.

Some say the future is wireless

Technology has progressed a lot in the last few years for better or for worse, so it is not crazy to think that it will keep advancing at the same — or even faster — pace. Some tech-geeks swear by wireless devices, claiming that these future technological advancements will cover up the disadvantages this type of device might have.

But either way, in a more superficial take, it is obvious that wireless devices look better. They look futuristic and, overall, neater than wired ones.

So, even if, after comparing all the pros and cons of wired and wireless trackballs, you cannot seem to make up your mind, think about how neat and technological the wireless devices look. Maybe, after all, you can hype the wireless technology along with your tech-savvy friends.

We can sum up this information into the next comparison table:

Little to no maintenance

Better for a fixed setup

More maintenance costs in the form of batteries

As mentioned in the introduction, wireless trackballs are not better than wired ones, or vice versa. Each type of trackball has their own advantages and disadvantages, and they have to do with a lot more things than just the lack or presence of a cable.

In fact, it all comes down to personal preferences and needs.

Overall, wireless trackballs are for the people that want mobility, practicality, and an ergonomic workstation, while wired trackballs are a more attractive option for people that care about response and polling times, low maintenance costs, and saving up a little bit of money.