Left-Handed Mousing Can be for Anyone! 6 Facts About Mouse users 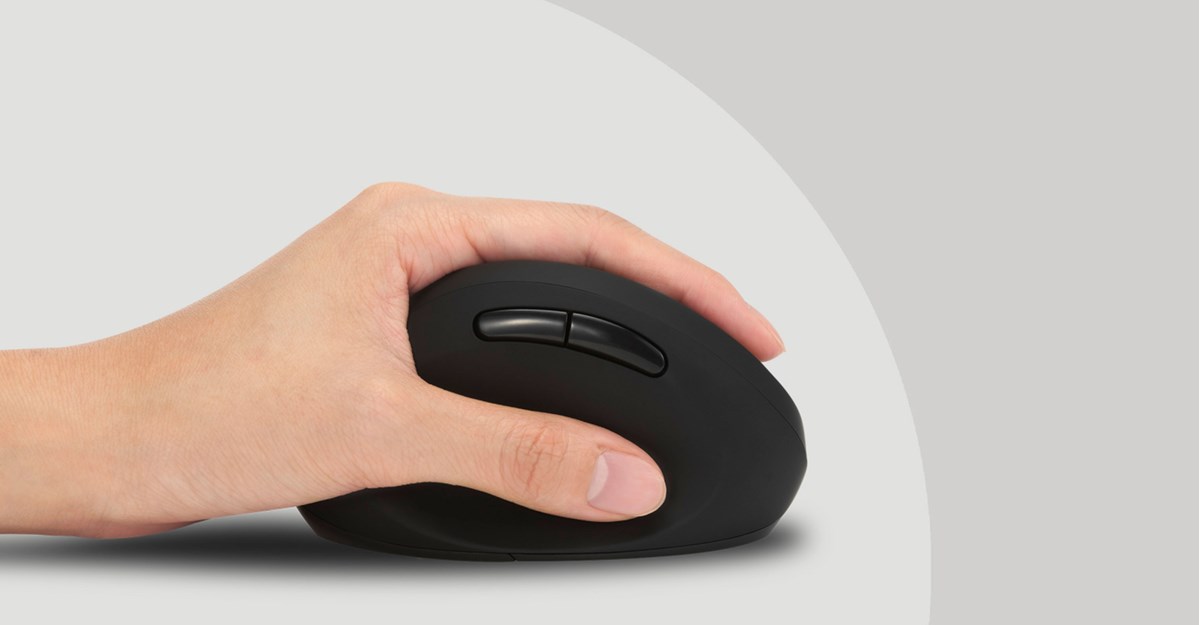 Kensington recently conducted a poll on LinkedIn for professional users posing the question, "What is your dominant hand, and what hand do you mouse with?" The results were surprising.

Why do left-handed people predominantly use their non-dominant hands for mousing while most right-handed folks use their dominant hand?

Let's check out some surprising facts about why people use the hand they do for mousing (and why you should consider left-handed mousing, regardless of your handedness).

1. Mitigates MSDs and RSIs when mousing repetitively on your dominant side

According to the Centers for Disease Control and Prevention (CDC), the leading cause of these injuries does not come from workplace accidents like trips and falls. They occur from doing the same action repeatedly, inducing these injuries.

When you mouse repetitively on your dominant side, you risk incurring MSDs and RSIs. Switching to a left-handed mouse as a right-handed person can mitigate these injuries.

2. Frees your right hand to do other tasks (like write/take notes, or drink coffee)

Another reason right-handed mousers use left-handed mice (or trackballs) is that it frees up their dominant hand for tasks like writing, taking notes, or drinking coffee. Freeing up your dominant hand can actually help you be more productive as a result.

With the Kensington mice and trackballs, you can customize how they function by using the KensingtonWorks™ software to increase workflow efficiencies. This personalized experience will help you become familiar with mousing with your non-dominant hand a little easier.

3. To try something new (and prove they can do it)

People naturally like to challenge themselves. How many times in your life have you attempted something simply because someone said you shouldn't or couldn't do something?

If this sounds like you, the folks at Kensington challenge you to try one of their left-handed mice. Maybe you would be more comfortable with a trackball instead?

If that's the case, Kensington challenges you to try their Expert Mouse® Wireless Trackball. Its ergonomic design might make the switch from right to left-handed mousing a little easier.

1. Spreads the load to their non-dominant hand

Other benefits of spreading the workload to your non-dominant hand include:

2. It's the way they learned, and never thought to change it (but they could!)

Since the majority of society is right-handed, lefties have been taught most of their tasks by right-handed people. The first time they sat down at a computer, the other users placed the mouse on the right. So, they began mousing right. It just didn't occur to them to change it to the opposite side.

As a lefty, you have been forced to adapt for long enough! Your workstation should be set up in a way that is more natural for you to use. Since it is your dominant hand, switching will be easier for you.

If you are a left-handed person, you may want to consider switching up your workstation setup to include a left-handed mouse. Kensington offers their Pro Fit® Left-Handed Ergo Wireless Mouse made specifically for left-handed mousing! Its ergonomic design helps to mitigate MSDs and RSIs and is comfortable.

3. Many are ambidextrous so it easy for them to work with their non-dominant hand

For the same reasons that right-handed people consider mousing left-handed, lefties do the same. They want to mitigate MSDs and RSIs and free up their dominant hands for other tasks.

As for challenging themselves, the truth is, living in a right-handed dominant society, it really isn't a challenge to do something with the non-dominant hand. Most activities left-handed people engage in were designed for a right-handed person.

So, they learned to adapt. For that reason, many left-handed people are actually ambidextrous. Doing things with their non-dominant is easier than it is for their right-handed counterparts.

Concerned With the Switch? Here’s Why You Shouldn’t Be

If you have never considered using a left-handed mouse, you may want to consider the benefits of switching it up, regardless of your handedness.

As a right-handed person, you may be concerned that it would take too long to get used to a left-handed mouse. Yet, when asked, people said it took them between two days and a couple weeks, depending on how much mousing they were doing.

Many of those people who were asked about switching also stated that they find it equally as comfortable using both hands for mousing. It helps them avoid RSIs because they don't place all the strain on one hand and wrist.

If you're ready to make the switch, check out our left-handed mice products page to see what style may suit you best.